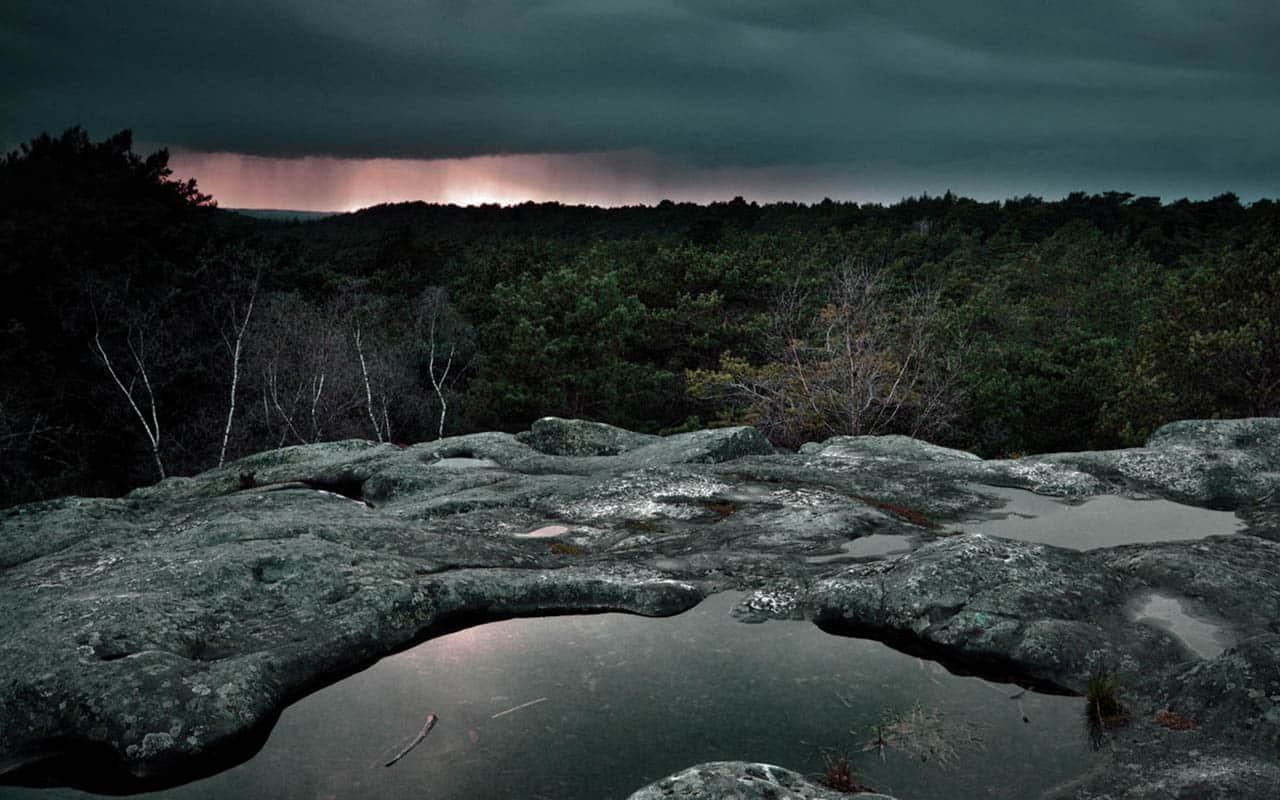 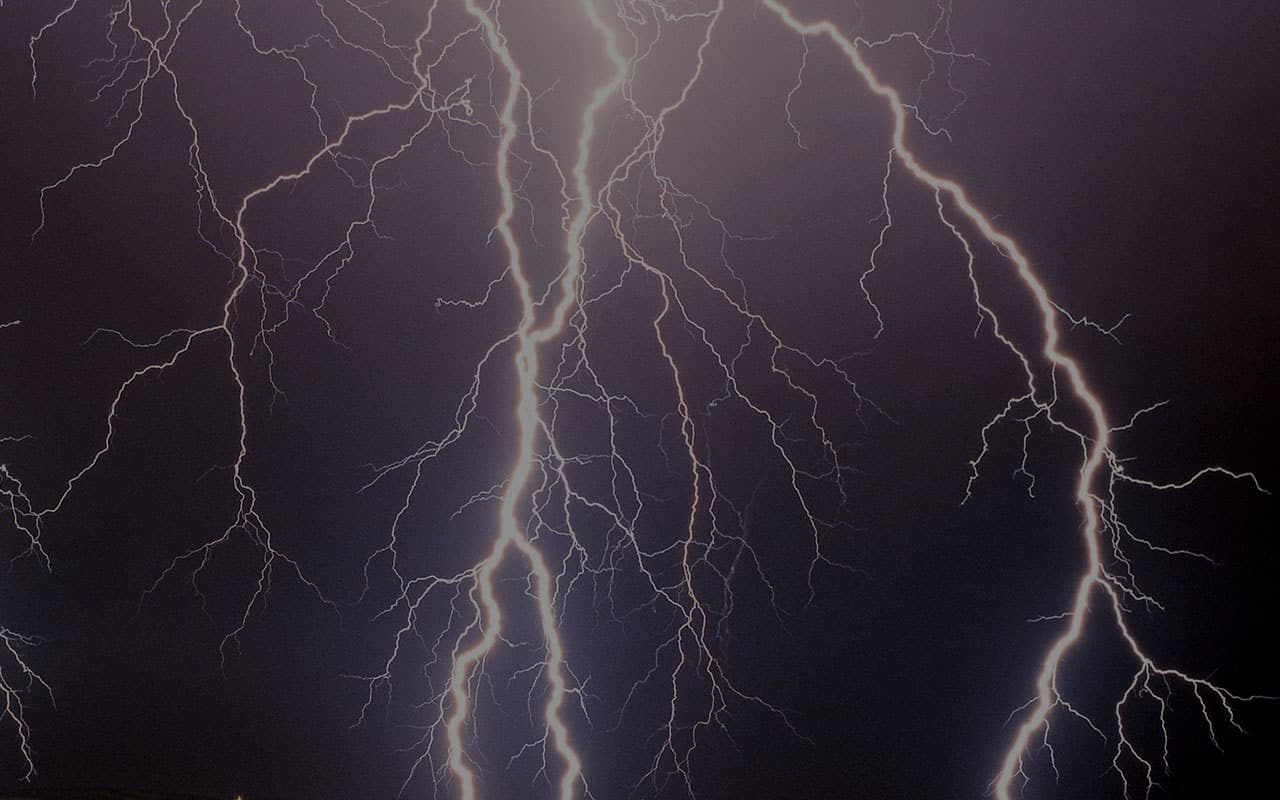 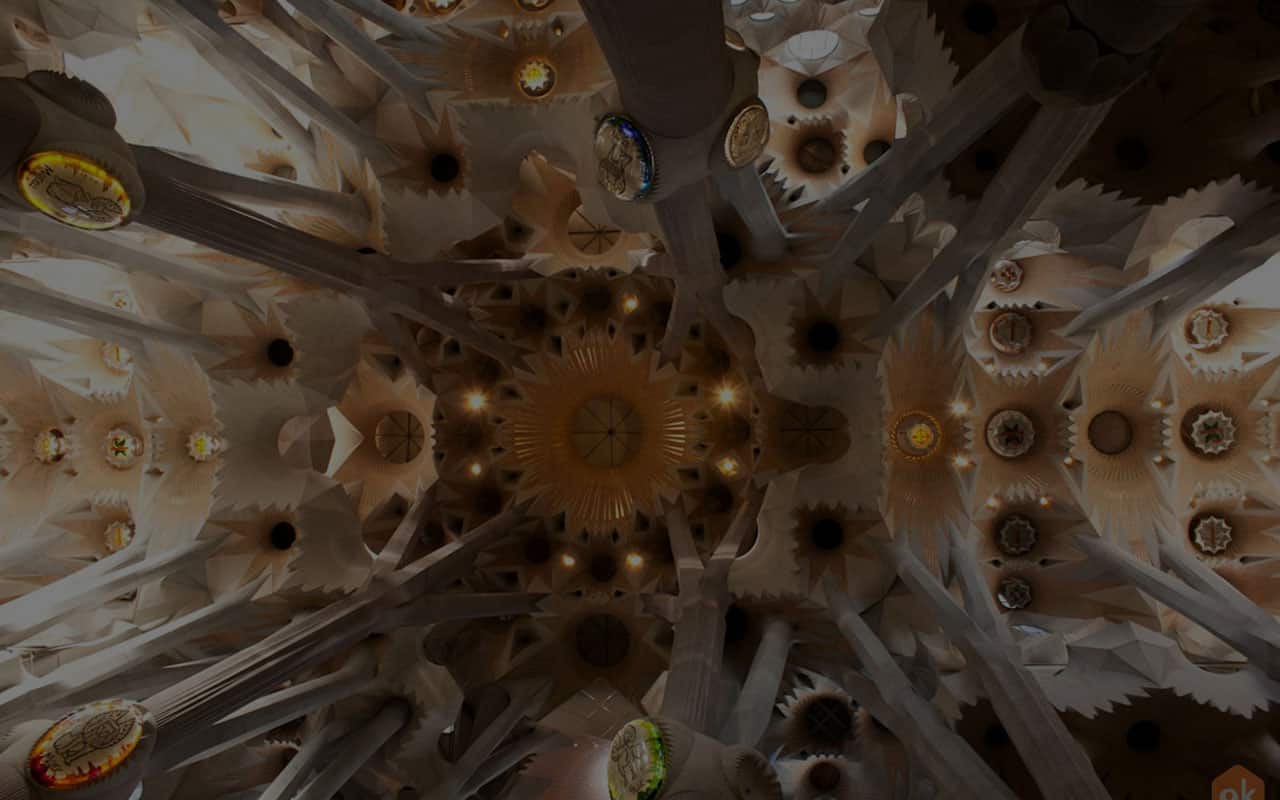 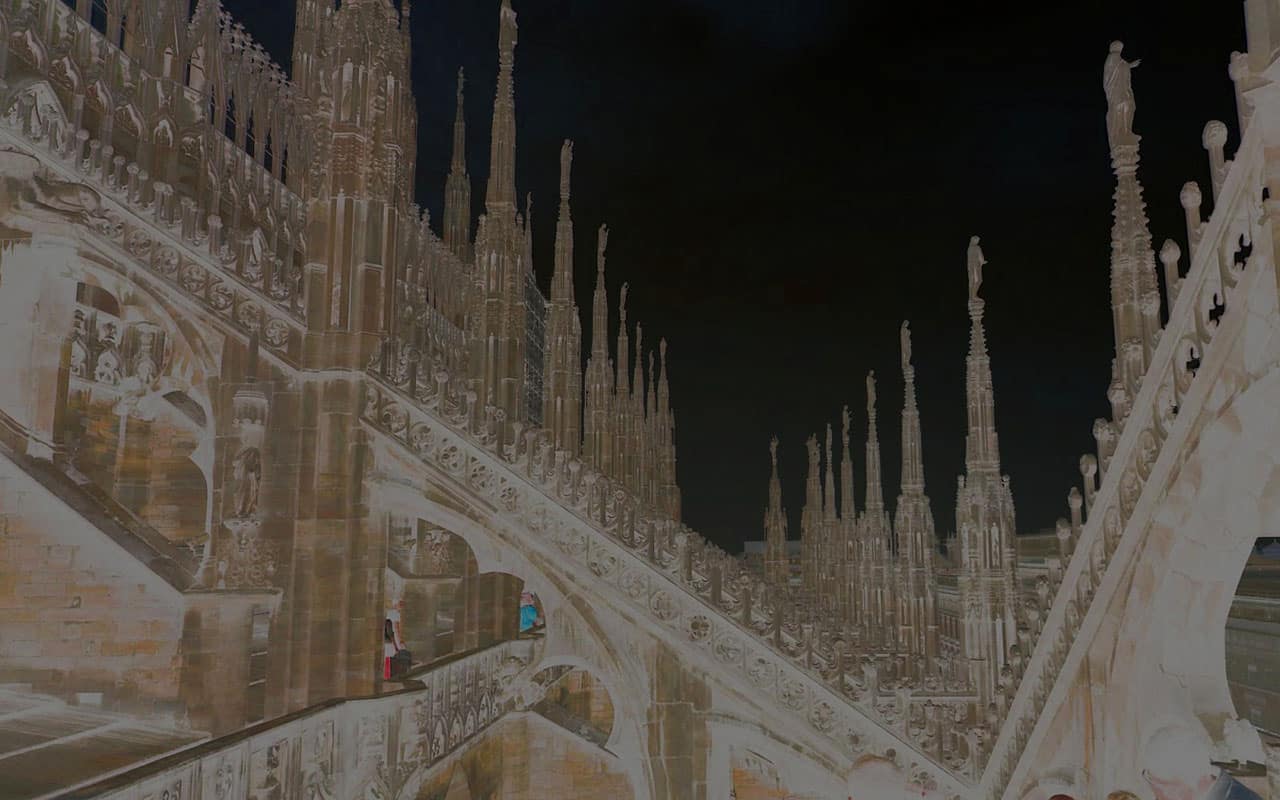 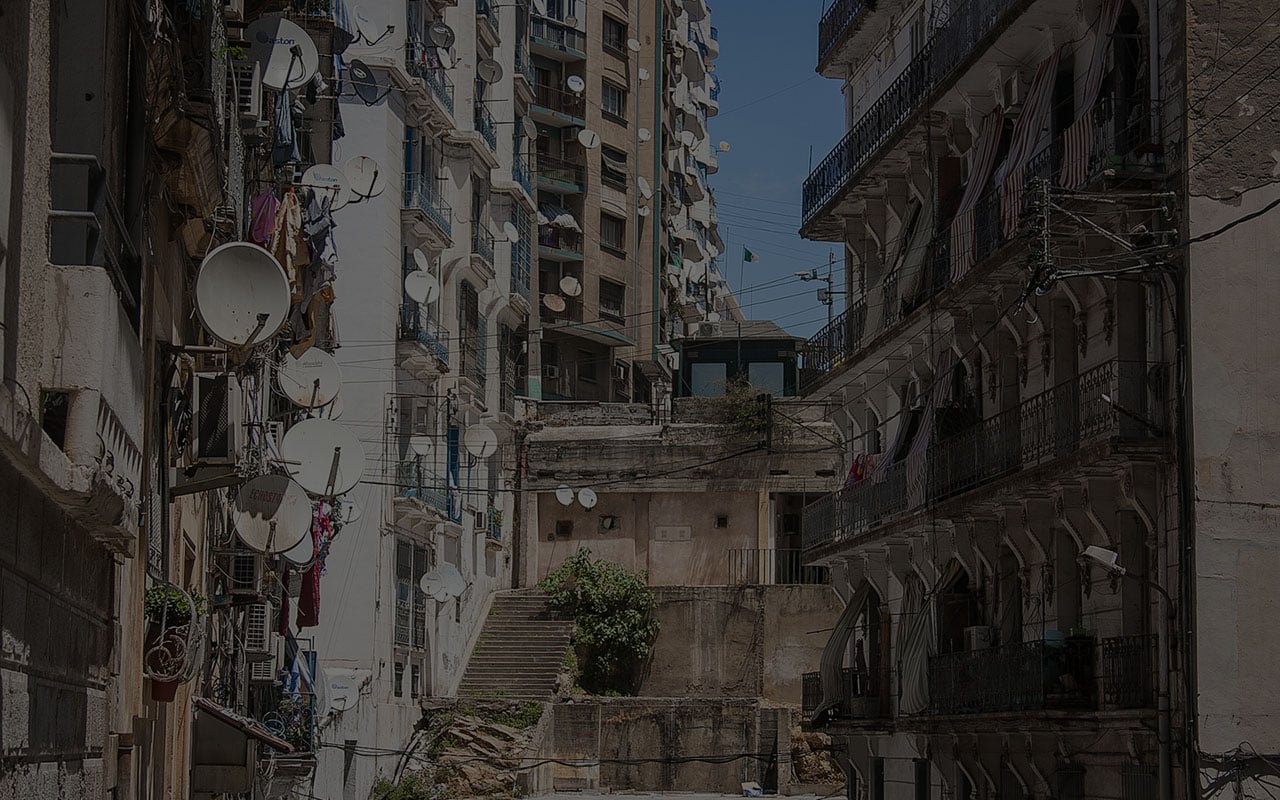 The Musica Nova ensemble presents in 2016 Echoes of Babel, an original program blending Early and Contemporary Music by way of Mediterranean depth of thought. Reflecting an impressive linguistic and cultural richness, the music of Southern Europe, of the Maghreb, of the Middle East, and that of Byzantium are brought together in a single encounter. The work commissioned to Saed Haddad, a Jordanian-born composer, brings to light the harmonies between the polyphonies of the Middle Ages and the monodies sung by the Moroccan Anass Habib, accompanied by Aurélie Tissot’s qanun.

The myth of Babel has generated a profound fascination in the minds of men, reflecting both fear and defiance towards the Hereafter. Surpassing one’s own limits and earthly condition, building higher and ascending spiritually, this may be the substance that all mortals share. The Gothic cathedrals of the Middle-Ages testify to this day to this incessant quest of reaching the pinnacles of existence. Music also yields to the desire of producing works of inordinate proportions. This is what has led the people in Babel to align their forces in all their diversity. It is also why they became subjects of Divine punishment, which gave rise to a diversity of languages, therefore to chaos and incomprehension on Earth. “Rewriting Babel” could allow us to consider the dissimilarity of languages not as a source of dissention, but as a reason to search for harmony. For lack of a tower, this program proposes to build a musical architecture, while laying down a possibly even greater defiance.

The diversity of languages allows, in its own words, to show and preserve identity, but also to enrich one’s voice with strange sounds and to amend one’s worldview. For singers, exploring languages is an everyday work, a voyage deep within the human heart, a barrier always pushed further, feeding the imaginary. Musica Nova’s instinct was to open its musical field to Mediterranean traditional sacred music. Be they Byzantine, Aramaic, Lebanese, Algerian,…these songs may recall the monophonic origins of Mediaeval polyphonies. The meeting with Moroccan singer Anass Habib has been crucian for this project, partly because of his anchorage in traditional Moroccan culture, but also due to his desire to explore all Mediterranean music regardless of religious beliefs.

The work thus created stems from a desire to build, beyond all linguistic and musical differences, an edifice respectful of diversity.

This project was awarded the 2016 Coupleux-Lassalle prize.

Composition commission by Musica Nova with the support of the Ernst von Siemens Music Foundation and the Festival Format Raisins, for the piece Divertimento babelico by Saed Haddad.

The XIIIth century sees the birth of a new genre, the motet, which, as the name indicates, places the verb in the foreground. Its distinctive feature is the superimposing on repetitive rhythmic cells of 2, 3 or 4 different texts and languages.

In the XIVth century the Ars Nova introduces multiple musical time to the pluritextual motet, rending the a-temporal indistinguishable from the temporal. The voices thus evolve in combining each an individual text and rhythmic.

The motets chosen for this project show the musical development taking place between the XIIIth and the XVth century. From the Ars Antiqua to the Ars Nova, then from Ars Subtilior to the beginnings of the Franco-Flemish polyphony, we draw on the manuscripts of Las Huelgas (Spain), of Montpellier, of Cyprus, as well as Bologna and Modena in Italy: the works of Machaut, Perusio, Cicconia, Dufay….and of course those of anonymous authors.

A place of honor is assigned to the great motets of Dufay as the last composer to master the methods of multiple texts and isorhythmics. His famous Nuper rosarum flores (1436), composed for the consecration of the Florence Cathedral, beyond its circumstantial character, might as well represent the perfect example of finding musical inspiration in the myth of Babel. The acoustic foundation of the motet’s structure, the Gregorian tenor, repetitively declaims the simmering words Terribilis est locus iste (“this place is terrifying”). Brunelleschi’s dome becomes and is to this day the greatest cupola ever built.

The motet can be seen as a metaphor for Babel where the music (melody and rhythm) is superimposed on a multiplicity of texts.

The songs interpreted by Anass Habib originate in Byzantine, Maronite, Egyptian, Aramaic, Sufi… sacred traditions. Melodies stemming from the Middle-East have existed before Christianism and were used by the first Christians as a support for the sacred texts. They were sung acapella or accompanied by percussion instruments such as the Naqus (small bells). Arab, Turk, Persian and other musical influences have added a group of instruments to the interpretation (Oud, Qanun, Ney…).

The voices of Musica Nova and that of Anass Habib could merge, indifferently of their chosen fields of interpretation, through the inspiration they draw from the selected songs.

Through these diverse pieces it would be possible to re-build ties and promote dialogue between apparently very different cultures that share a common interest for music.

The Jordanian-born German composer Saed Haddad studied philosophy in Beit-Jala and in Leuven, after which music composition in Amman, Jerusalem and London.

After having had explored in his works from 2004-2006 his identity as a simultaneous resident-outsider to the Western and the Arabic traditions, Haddad has been questioning the idea of forgetfulness and distance of one’s own tradition.

Haddad served as composer-in-residence to numerous ensembles, orchestras and festivals. He was guest lecturer at many universities and was invited guest at many radio and TV stations incl. SWR, BR, RBB, Radio France, France 2, RFI.

Haddad’s music can be heard on labels such as WERGO, NEOS and Ensemble Modern.

(for eight singers, one traditional Arab singer and qanun)

“The theme of this work is peace. I have used the first nine stanzas of the Latin text of the Supremum est mortalibus motet by Guillaume Dufay, but I have tried to “Babelise” the texts (especially the word “peace”) by using diverse methods of composition and more than ten different languages. The languages are tied to the original Latin text through phonemic sound-links.

The piece is composed of nine movements entitled:

As in all my previous compositions, I prefer to blend the serious to the ironic (maybe even to satire in certain movements of this work). In fact, the myth of Babel itself can be interpreted as a mixture of seriousness and irony where the gravity of the Divine punishment (resulting in incomprehensibility caused by a diversity of languages) has ironically enriched from both a linguistic and cultural point of view those who tried to defy Him.”

Anass Habib was born in Fez (Morocco) in 1980 under the civil name of Anass Azami Hassani. His singing ambitions showed at the early age of 5, when he sang classical Arabic melodies together with his family. At the age of 12, Anass gave his first solo concert in Fez.

Anass lived in Syria, where he studied singing with the great masters of Damascus and Aleppo, he then went to Lebanon to work on the techniques of singing, Aramaic and Byzantine repertories with the great singer and teacher Ghada Shbeir, after which he continued to prepare his voice, this time in Paris with Sister Marie Keyrouz. He has performed more than a hundred concerts in Morocco, Syria, Lebanon, Turkey, France, the Netherlands, Poland, South Africa and Tunisia. In Morocco he gave concerts in most of the bigger cities. He obtained his French (state) diploma of Music Teacher: Traditional Chant and Percussion in Lyon and he teaches Arab music and the sacred music of the Middle East (rhythms, modes, Classical Arab Music and Old East sacred music techniques, repertories…).

Since 2008 he has held concerts and master classes in France, Poland, Belgium, Holland, Luxembourg, South Africa etc. His voice is considered as one of the most beautiful Arabic voices, with his ability of going from the deep and warm low tones in the baritone range (Anass’ primary range) all the way to the high tenor voice to express emotions and devotion. His repertories go through a lot of countries and civilizations. From the great Lebanese diva Fairouz to the Egyptian Oum Kalthoum, from the Syrian Sabah Fakhri to the Lebanese Marcel Khalife, from Sufi poems to Maronite (old Christian) melodies and medieval Sephardic Andalusian songs…